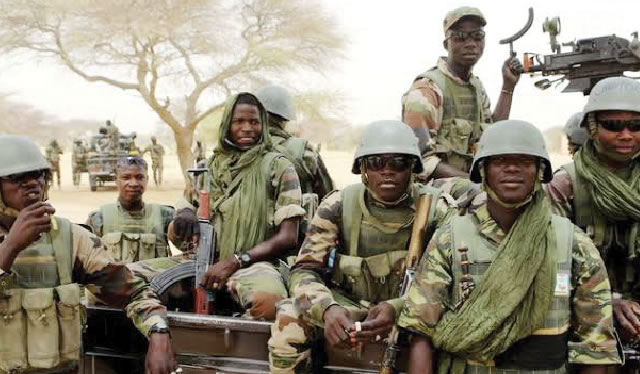 The Coordinator Defence Media Operations, Maj. Gen. John Enenche, said the insurgents were subdued by the superior firepower of the troops.

Others were one RPG 7 bomb, 116 rounds of 7.62mm NATO ammunition and two hand grenades.

The statement read, “Troops of Operation Fire Ball under Operation Lafiya Dole has continued to decimate members of the Boko Haram/ Islamic State of West Province in order clear the remnants of the terrorists from the theatre.

“Consequently, on 25 October 2020 in what appears to be a suicide mission, the Boko Haram/Islamic State of West African Province attacked the well fortified Army Super Camp Damboa under 25 Bde in Sector 2.

“The terrorists met their waterloo as they were pounded with superior fire power and additional fire support from the Air Task Force. The Boko Haram group suffered several casualties as 22 terrorists were neutralized while others escaped with gunshot injuries.”

The DHQ said the few soldiers wounded in action had been evacuated and were receiving medical treatment.