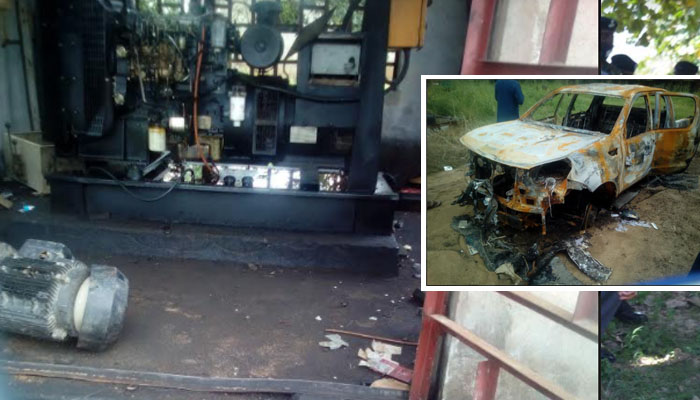 He said they demanded N15m in order to spare the Basin Authority from destruction, which they were negotiating before they struck.

He disclosed this to journalists on Thursday at scenes of the pillaged agency, saying facilities and documents in the agency and all the offices were either vandalised or burnt during the violence that trailed the #EndSARS protest on that day.

“They called one of my staff and asked for N15m to spare the place. We negotiated the amount to N5m. My staff were already contributing money. But they could not wait. They proceeded to attack the premises,” he disclosed.

Nkposong said the police would be invited to conduct a house-to-house search to retrieve the stolen assets of the agency even as 1,690 birds and chemicals, feed, machines all worth over N8m were looted from its poultry in Calabar.

On the monetary value of the items stolen or destroyed, he said, “That is a very tall order. Let’s say the mental torture cannot be quantified.  Years of work people have put in, my mentors, see the mess they have made of it.

“My immediate aim is how to mentally bring my staff back to reality. Quite a lot of them have been so mentally tortured, crying. Because as it is, where do you start from? Things they couldn’t carry, they destroyed.”

He said what happened was not about the host community.

“Mercenaries were imported. Those people were different from looters. They came. They destroyed. Looters were different. That is what we should note,” he said.

He added, “With the zeal the President has brought into this, we will heal back our nation. We will heal back Cross
River Basin Development Authority and make it even stronger than it started.”