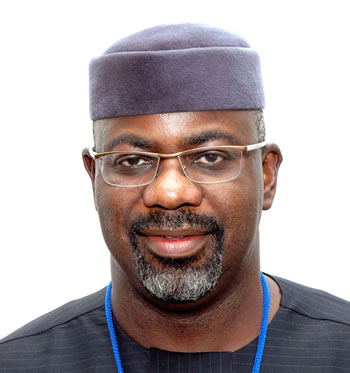 Former Governor of Cross River State, Liyel Imoke, has said he was affected directly by the #EndSARS protests that swept through Calabar between  October 23 and October 24.

Imoke stated this while on a visit to the Obong of Calabar, Edidem Ekpo Okon Abasi Otu V, on Friday, in the wake of the #EndSARS protests.

The former governor’s wife, Obioma, lost items in her shop, which was vandalised by hoodlums.

He said, “With the events of Saturday (October 24), I had to call the Obong to understand what was going on. I appealed to him and he explained to me what was happening – that Tinapa was even under attack, a situation that is unprecedented in our history. Calabar is a peaceful place. He explained that things had got out of control.”

Speaking to the Obong, Imoke stated, “We came to get some advice from you before we even set out to look for solutions, to ensure that never happens again in Cross River State.

“We need your guidance as we go about looking for solutions to the challenge of young people who are unemployed and have grievances; young people who think they don’t have the opportunities others have had.

“We do not understand the extent of the carnage. We are all victims of this incident. If you were not hit directly, you were hit indirectly. For me, I was hit directly. So were very many public officials. They were also hit directly.”

The monarch, in his response, blamed the politicians for the violence.

The Obong noted that the violence could have been averted if things were done differently, adding that the security agents failed to stop the violence because they were not treated well.

“The key is that there has to be a change of attitude. Every one of you should have access to the governor (Ben Ayade) and he should listen. Somebody like I who have not gained anything from the political class; my name was said to be in the list of places to attack.”

“They wanted to come here, saying he (Ayade) had been sending palliatives to me; that they should come and break this small hut and take everything, and if possible, burn it. My advice is that the administration should have a rethink and work with everybody. From there, everything will calm down and it will end there.”