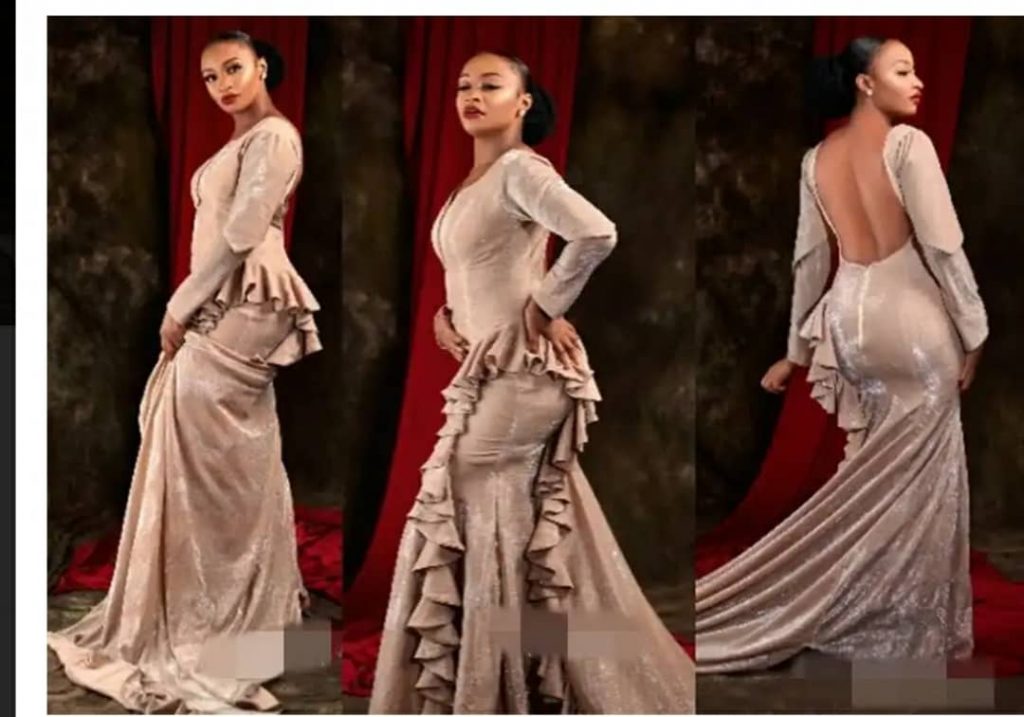 An Islamic scholar, Lawal Gusau, has asked the Nigeria Police Force to arraign Kannywood actress, Rahama Sadau, before a Sharia court, for posting a photo of herself wearing a backless gown last week which attracted some blasphemous comments against Prophet Mohammed.

Gusau, whose petition to the police has caused an investigation into the matter, said this in a statement on Saturday.

In the statement titled, ‘Conditions to be Met in Respect of Rahama Sadau’s Allegation of Blasphemy on the Prophet Mohammed’, the petitioner said the police should quickly conclude its investigation and arraign Sadau before a Sharia court.

The Islamic scholar said, “The police should only observe their constitutional role of conveying her to Islamic Sharia court after conducting discreet investigation of the case in issue.”

He also stated that only a Muslim lawyer should be allowed to defend the northern actress who had last week apologised for the incident.

“Her lawyer must be a Muslim by faith. This is predicated on the fact that it is only a Muslim lawyer that can understand the proceedings of Sharia court. It is a matter relating to Hadiths of the prophet and the glorious holy Qur’an and not a matter relating to the constitution of the Federal Republic of Nigeria,” Gusau said.

The petitioner, however, commended northern lawyers for refusing to defend persons who had been arraigned in court for blasphemy and consequently asked them not to come to the aid of the actress.

“We compliment the resolve of Arewa lawyers for not interfering in the cases of blasphemy against one Aminu Shariff and Umar Farouq. We expect the Arewa lawyers and most particularly lawyers in Kaduna not to interfere in Rahama Sadau’s case,” he said.

Sadau, who has been banned by the northern movie industry, had last Monday posted a photo of herself wearing a backless gown on social media.

While many Nigerians saw nothing wrong with the dress, Sadau’s mostly northern Muslim fans expressed displeasure over the picture and this soon degenerated into a debate.

During the debate, some persons criticised Islam and Prophet Mohammed for being too rigid with conventional matters.

Sadau subsequently deleted the photo and apologised but this failed to pacify some northerners as a petition was forwarded to the police causing an investigation into the matter and her invitation.