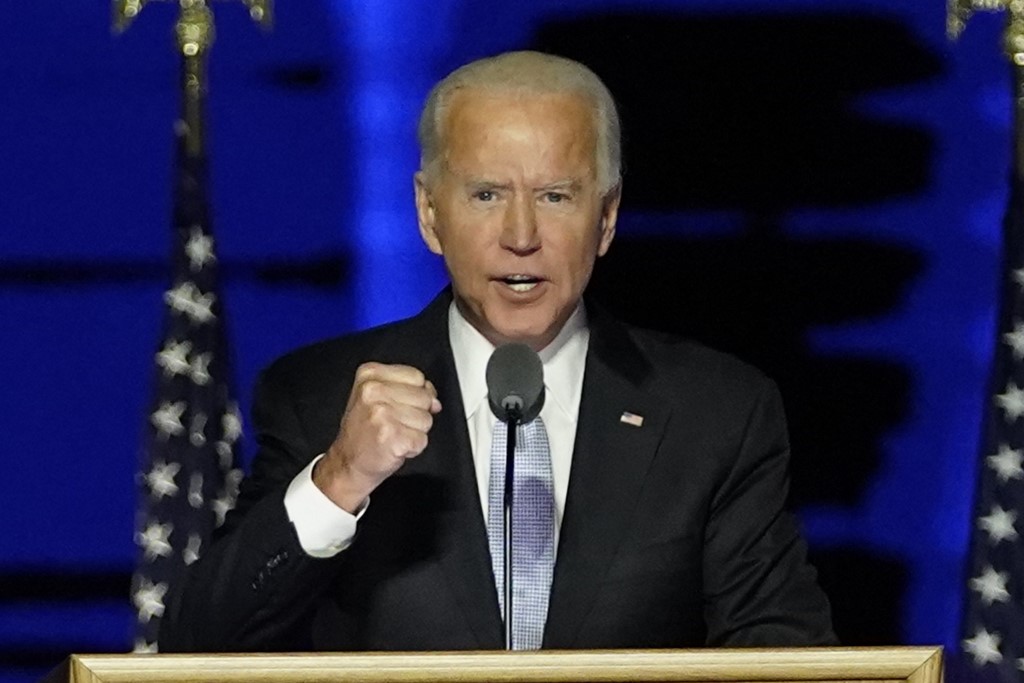 US President-elect Joe Biden promised Saturday to unite Americans and seek to heal divisions after what he called a “convincing” victory over Donald Trump.

“This is the time to heal in America,” an ebullient Biden told supporters at an outdoor rally in his home city of Wilmington, Delaware.

“I pledge to be a president who seeks not to divide but unify,” Biden said, drawing a sharp contrast to nearly four polarizing years of Trump.

Acknowledging the disappointment of Trump supporters, Biden said of them: “They are not our enemies. They are Americans.”

“Let this era of demonization in America begin to end here,” Biden said.

“I sought this office to restore the soul of America, to rebuild the backbone of this nation, the middle class, and to make America respected around the world again,” Biden said.

Barack Obama’s vice president paid particular tribute to the African-American community, pointing to its role in selecting him as the Democratic nominee to challenge Trump.

Biden was visibly upbeat as he addressed the socially distanced crowd, racing to the podium after an introduction by Vice President-elect Kamala Harris to the sounds of Bruce Springsteen’s “We Take Care of Our Own.”

“Folks, the people of this nation have spoken. They’ve delivered us a clear victory, a convincing victory,” Biden said.