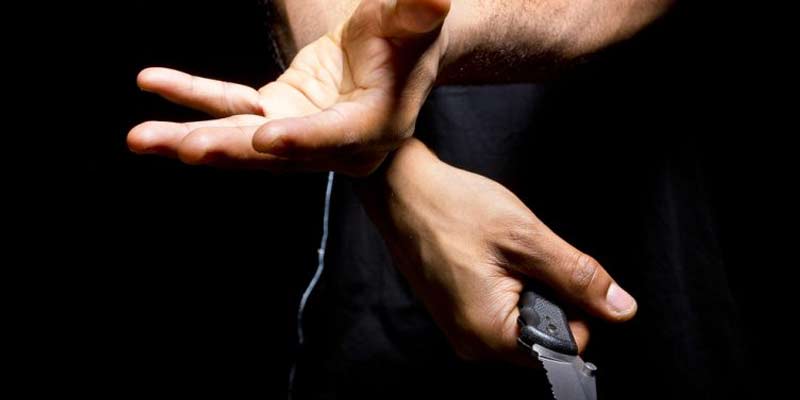 A man wielding a knife at a church in the French city of Nice killed three people, slitting the throat of at least one, and injured several others before being apprehended by police, officials said Thursday.

French anti-terror prosecutors have opened an inquiry into what the city’s Mayor Christian Estrosi called an “Islamo-fascist attack.”

“He (the attacker) kept repeating ‘Allahu Akbar’ (God is Greater) even while under medication” after he was injured during his arrest, Estrosi told journalists at the scene.

Two victims died at the Basilica of Notre-Dame, in the heart of the city on the Mediterranean coast, while a third person died of injuries after seeking refuge in a nearby bar, a police source told AFP.

France has been on high alert for terror attacks since the January 2015 massacre at the satirical weekly Charlie Hebdo. The trial of suspected accomplices in that attack is underway in Paris.

In Nice, in particular, painful memories remain fresh of the jihadist attack during the Bastille Day fireworks on July 14, 2016, when a man rammed his truck into a crowded promenade, killing 86 people.

It was part of a wave of jihadist attacks on French soil, often by so-called “lone wolf” assailants, which has killed more than 250 people since 2015.

The assault prompted lawmakers in parliament to hold a minute’s silence on Thursday before Prime Minister Jean Castex and other ministers abruptly left for an emergency meeting with President Emmanuel Macron.

Estrosi, who said Macron would soon be arriving in Nice, called for churches around the country to be given added security or to be closed as a precaution.

– Tensions high –
The attack comes just days after thousands rallied across France in solidarity with a teacher beheaded for showing pupils cartoons of the Prophet Mohammed.

The history teacher, Samuel Paty, was killed by an 18-year-old Chechen man, Abdullakh Anzorov, who committed the gruesome crime outside Paty’s school in a Paris suburb after the teacher was denounced by angry parents on social media.

His murder prompted Macron to promise a crackdown on Islamic extremism, including shutting down mosques and organizations accused of fomenting radicalism and violence.

But the move has inflamed tensions with many Muslims saying Macron is unfairly targeting France’s estimated five to six million Muslims — the largest community in Europe.

Protests against France have erupted in several Muslim countries, with some urging a boycott of French goods, and tensions have flared in particular between Macron and Turkey’s President Recep Tayyip Erdogan.