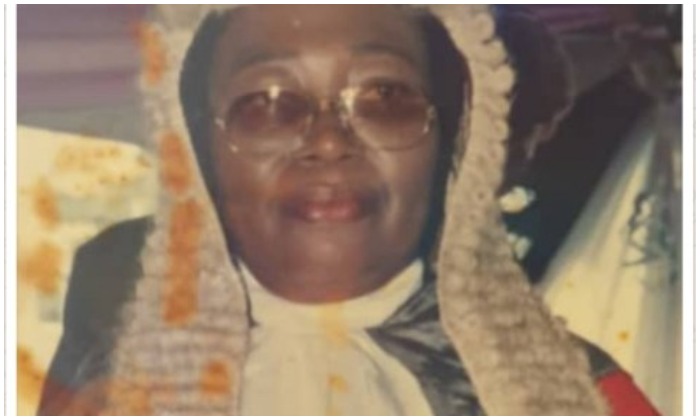 Justice Dolapo Akinsanya, who on November 10, 1993 declared as illegal the Interim National Government of Chief Ernest Shonekan, is dead.

The judge, it was learnt, died in Lagos on Thursday at the age of 79.

Upon a suit filed by the acclaimed winner of the 1993 presidential election, the late MKO Abiola, Justice Akinsanya had declared that “President (Ibrahim) Babangida has no legitimate power to sign a decree after August 26, 1993, after his exit, so the decree is void and of no effect.”

Abiola, in a statement then in reaction to the judgment, said, “This is a significant victory for the people of Nigeria. It takes us one step closer to the establishment of government based on the consent of the people.”

The Lagos State Governor, Bola Tinubu, described Akinsanya as “one of the heroines of the present democracy in Nigeria for the courageous judgment she delivered against the legality of the Interim National Government in November 1993.”

2023: APC Will Win With Or Without Afenifere’s Support – Adebayo Shittu

22 arrested over RTEAN clash in Lagos