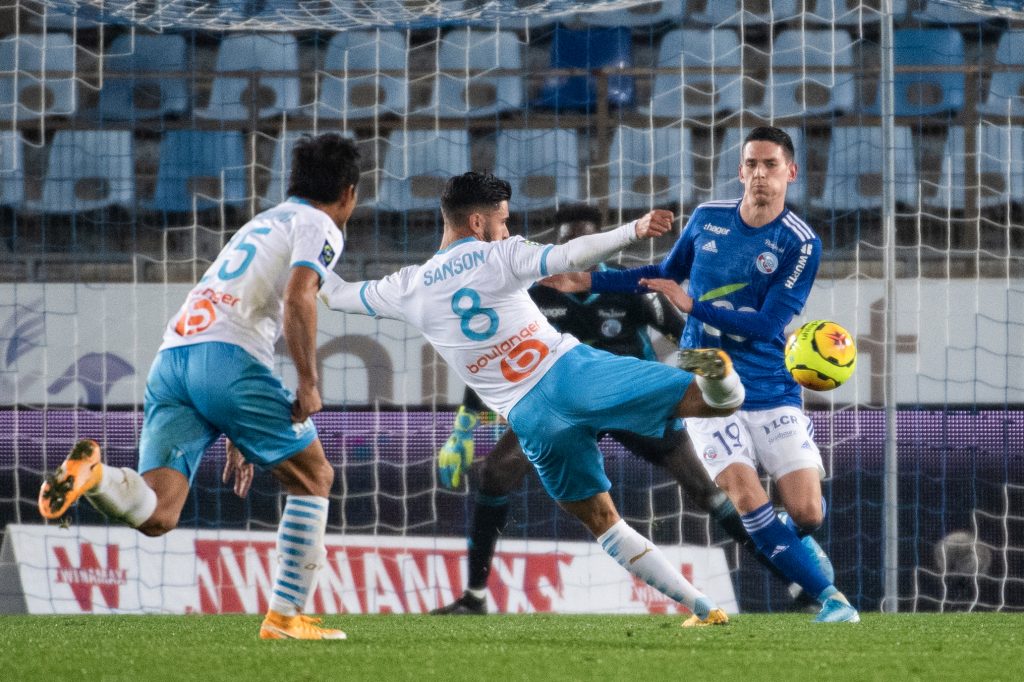 A rejigged Marseille line-up was forced to dig deep for a narrow 1-0 win over Strasbourg in Ligue 1 on Friday as a thunderous strike from Morgan Sanson sealed three precious points against the run of play.

The result gives Marseille coach Andre Villas-Boas a little breathing space after his team lost 3-0 at Porto in the Champions League on Tuesday.

Marseille climbed to within three points of Ligue 1 leaders Paris Saint-Germain, with all the top outfits on nine games ahead of PSG’s clash with third-placed Rennes on Saturday.

PSG lead Ligue 1 with 21 points, Lille have 19 and Rennes and Marseille both have 18.

The acrobatic 72nd minute shot from the edge of the area from midfielder Sanson was set up by Dimitri Payet, who had come on as a substitute with 20 minutes remaining at a cold, windy and empty Stade de la Meinau.

After a miserable first half without a single shot on target from either side Strasbourg defender Anthony Caci hit the crossbar with a deflected shot just ahead of the hour.

The visitors also appealed for a penalty when the ball appeared to hit Stefan Mitrovic’s hand but the referee waved play on.

Strasbourg coach Thierry Laurey is currently sidelined with Covid-19 and his side are second bottom on six points from 10 games.