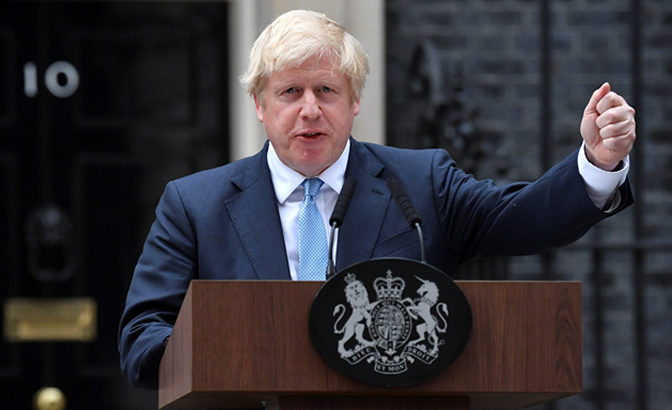 Liverpool on Friday began England’s first city-wide trial of coronavirus testing in an attempt to prevent hospitals becoming overwhelmed during the country’s second wave of the pandemic.

All of the northwestern city’s 500,000 residents, as well as people working there, will be offered repeat tests, even if asymptomatic, under the pilot trial, which will initially run for two weeks.

Hundreds of soldiers took over a local holiday park, some of the 2,000 armed forces personnel called in to support the testing drive.

Jurgen Klopp, the German manager of the Liverpool football team, urged people in a Twitter video message to get tested, saying “let’s do it for Liverpool”.

“It’s a big day, I hope,” he told a news conference. “We try to do everything to make the people aware of the big opportunity we got.

“It’s a big step to save our loved ones, friends, colleagues, everybody. I really hope as many people as possible use the opportunity.”

Liverpool last month became the first English city to enter the highest level of regional restrictions as it battled a spike in cases, followed by nearby Manchester.

A month-long nationwide lockdown then came into force on Thursday after cases began to spiral in all parts of England.

Liverpool mayor Joe Anderson, whose brother died of Covid-19 last month, said the pilot alone would not be the panacea, but “a tool in the armoury”.

“It will help us start to control better than we currently are,” he told AFP.

Some residents began to arrive at the Liverpool Tennis Centre, one of six new testing facilities set up in the city, ahead of its midday opening.

Claire Graves, 45, a lecturer, said she had turned up for a test for her own safety and “the safety of the city”.

“I think it’s important that we all get tested so we can be safe and get back to normal as much as possible,” she told AFP.

Britain is already grappling with Europe’s worst toll, with 355 fatalities on Friday rising its total to nearly 48,500 deaths within 28 days of a positive test.

Over the weekend, the country surpassed one million recorded cases since the pandemic began, with nearly 24,000 new positive results announced Friday.

Matthew Ashton, Liverpool’s director of Public Health, said the scheme could test up to 50,000 people per day and last beyond the initial two weeks.

“This is a significant amount of people that we’re asking to turn up but we’ve got great capacity on a daily basis,” he told AFP.

Prime Minister Boris Johnson said he hoped the kind of cheap new tests being used in Liverpool “can be a massive and possibly decisive use to us in this country in defeating the virus”.

The tests involve swabs and new “lateral flow” tests, akin to pregnancy tests, which can provide a result within 20 minutes.

New testing sites have been set up across the city, in schools, universities, offices and care homes.

The government has already spent £12 billion ($16 billion) on testing programmes across Britain.

But researchers say most members of the public have been failing to isolate after testing positive, and support staff have struggled to reach all of their contacts to limit the spread of the virus.