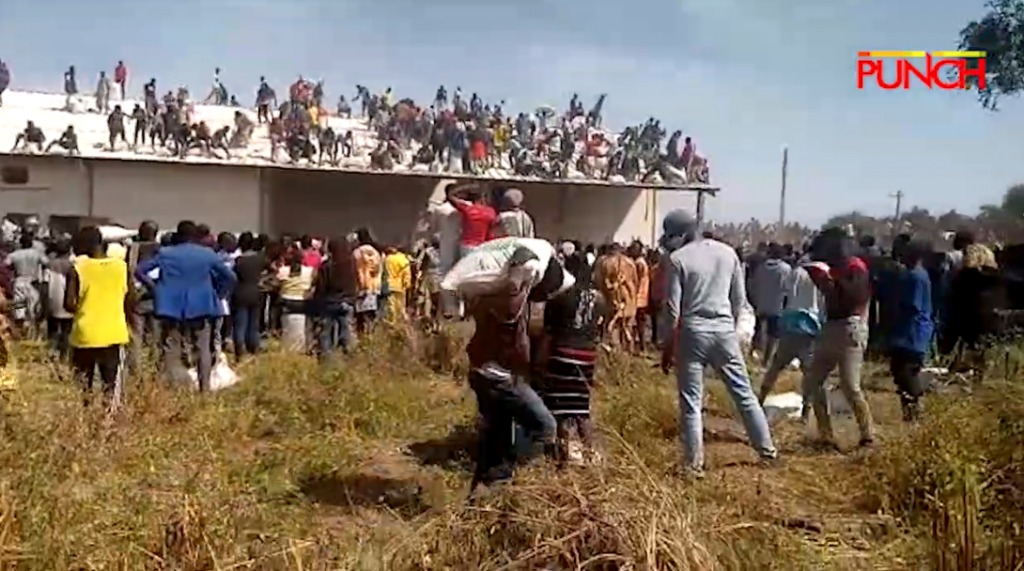 The Nigeria Labour Congress has urged federal and state governments to release forthwith, all COVID-19 palliatives still stored in warehouses across the country.

The union also condemned the mass looting of both COVID-19 palliatives and non-COVID-19 items in the country.

This was contained in a statement on Monday titled, ‘NLC Demands The Immediate Release Of All COVID-19 Palliatives And Relief Welfare Materials’.

The NLC, in the statement signed by its President, Ayuba Wabba, said the distribution of the palliatives by the authorities would help assuage the sufferings of the people.

The statement partly read, “It is obvious that the palliative provisions that were procured by government for immediate distribution to the mass of our people at their critical time of need and to assuage the hardship occasioned by the lockdown were hoarded and held back by some government officials.

“The reasons for this have not been made known to the public. We also understand that many of the palliative provisions are already getting rotten in the warehouses where they were stored.

“While we condemn the ensuing mass looting of both the Covid-19 palliatives and non-Covid-19 palliative materials, we equally deplore the conduct of some government officials who stored away relief materials that should have been distributed to the masses of our people at their very trying times of need.

“We call on the Federal Government to investigate the conduct of those who hoarded the palliative provisions.

“In order to forestall riotous plundering of the remaining relief palliatives, the Nigeria Labour Congress demands that the Federal Government should order the immediate release of all the welfare provisions and materials to citizens.

“As we had demanded in the past, the distribution of the palliative provisions should be transparent, and inclusive with active participation of mass-based citizen groups.”

The PUNCH had earlier reported that thousands of looters over the weekend invaded several warehouses where COVID-19 palliatives were stored and carted away food items before the arrival of security operatives.

The relief items were mostly donated to states by the Private Sector Coalition Against Covid-19 also known as CACOVID.

The Nigeria Governors’ Forum, on Monday, however, denied allegations that governors hoarded palliatives meant for distribution to Nigerians in order to ameliorate their sufferings during the first wave of the COVID-19 pandemic.

2023: APC Will Win With Or Without Afenifere’s Support – Adebayo Shittu

22 arrested over RTEAN clash in Lagos