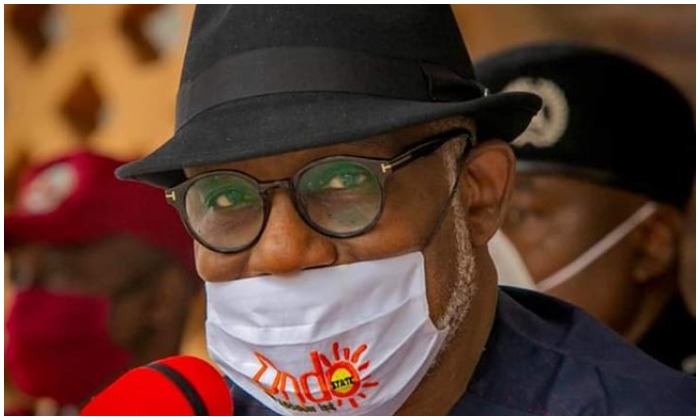 The Ondo State Government has said it efficiently distributed COVID-19 palliatives to vulnerable groups in the state.

It said what was left in its warehouse when hoodlums attacked it was over 1,000 bags of sugar.

The government said it had planned to give the bags of sugar to bakers in the state to lower bread prices.

The Chairman of Ondo State Palliative Distribution Committee, Akin Olotu, made this known on Thursday in an interview with Arise TV monitored by The PUNCH.

Looting, arson and vandalism trailed the #EndSARS protests against police brutality as rampaging hoodlums hijacked the demonstrations to terrorise Nigerians.

Hoodlums also looted palliatives warehouses in Lagos, Jos, Benin, Osun, Akure, Ibadan, and many other major cities where foodstuffs donated by the Private Sector Coalition against COVID-19 also known as the CACOVID group were stored.

Several state governments had since been fiercely accused of hoarding COVID-19 relief items.

But speaking on Thursday, the Ondo State Palliative Distribution Committee chairman stressed that what happened in the state was a case of arson and not looting as there were only bags of sugar left in the state warehouse.

Olotu said, “In Ondo State, I am saying it emphatically that there was nothing in the storehouse to be looted apart from sugar and the sugar was relics of what was left behind.

“We gave palliatives to prostitutes in the state, I mean social workers. We gave to widows, we gave to the old people, we gave to pregnant women. We were taking it to different houses across the state. We have audio-visual evidence showing us taking palliatives to people in their respective homes.

“Let me made this very clear; what we had in Ondo State was a case of arson, not a case of looting because there was virtually nothing there to be looted.

“What was in the warehouse was sugar. We have given out more than enough to people and you know people are conscious of the effect of taking sugar because of diabetes.

“We gave our sugar massively to people. I wrote to complain that the volume of sugar that was being sent to the state was too much. What we were left behind were just 1000 plus bags. It was not that the quantity was huge. So, we now thought that whom do we give it to?

“Our plan was to give the sugar to the bakers in the state and negotiate a reduction in the price of the bread they will boost into circulation. That was what we had in mind.

“The plan was to get across to CACOVID to seek their permission to do that.”

He added that the discovery angered the hoodlums who set the warehouse on fire and attacked a nearby fertiliser store.

“And the nearby store which was our fertiliser store, they went there and when they saw bags there, they thought it was rice. It was when they broke in that they discovered that it was fertilisers,” Olotu explained.