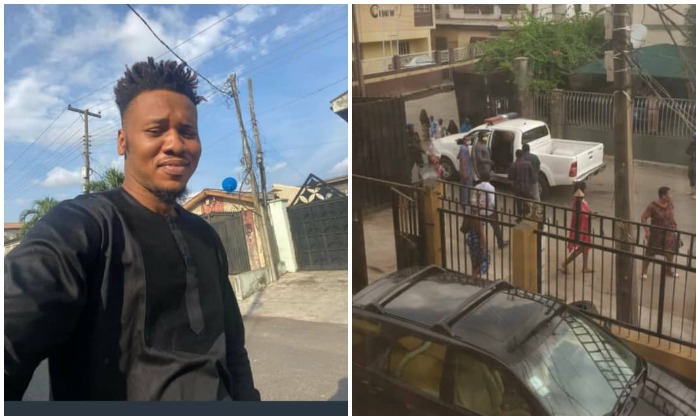 Adenle revealed his arrest in a series of tweets before he was taken away by policemen attached to the Area F Command, Ikeja.

He tweeted photos of a white Hilux van and men suspected to be policemen alighting from the vehicle.

The protester tweeted, “I cannot record because I do not have a phone. The Federal Government of Nigeria is about to ‘arrest’ me for exercising my human rights! Their guns are out and they have broken my gates and are in my house!”

Adenle was said to have been taken away on Saturday morning and had yet to be released as of 10pm.

When contacted on the telephone, the Lagos State Police Public Relations Officer, Muyiwa Adejobi, said he was unaware of the matter and promised to find out on Sunday.

“I am not aware of the matter but I can find out tomorrow,” he said.

The government has in the last two weeks clamped down on several persons who played a prominent role in the #EndSARS protests which sought to end police brutality.

The Central Bank of Nigeria had frozen the accounts of 20 #EndSARS champions while another promoter of the movement, Modupe Odele, was prevented from travelling last week and had her passport seized by the Nigeria Immigration Service.