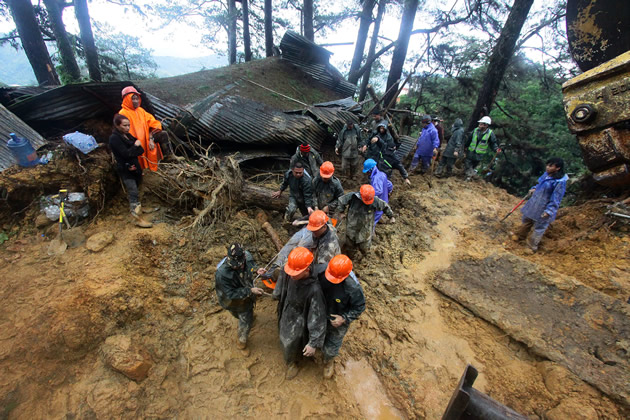 Six persons were killed and 35 were missing Friday after heavy rain in El Salvador triggered a mudslide near the capital San Salvador, police said.

“Around 35 people are reported missing, six bodies have been found in the mud and debris,” the national police said on Twitter.

Some 300 firefighters, police and military personnel were involved in the search for the missing, the interior ministry said.

Around 50 homes were swept away in the village of Nejapa, some nine miles (15 kilometres) north of the capital, and 35 people who sought shelter in a church were evacuated from the disaster zone.

The mudslide, which carried boulders with it, rushed down the slope of the San Salvador volcano and left a trail of devastation several miles long, slicing through the highway that links San Salvador with the north of the country.

In 1982, a landslide on the upper slopes of the same volcano destroyed 160 houses in the town of Montebello, killing more than 300 people.