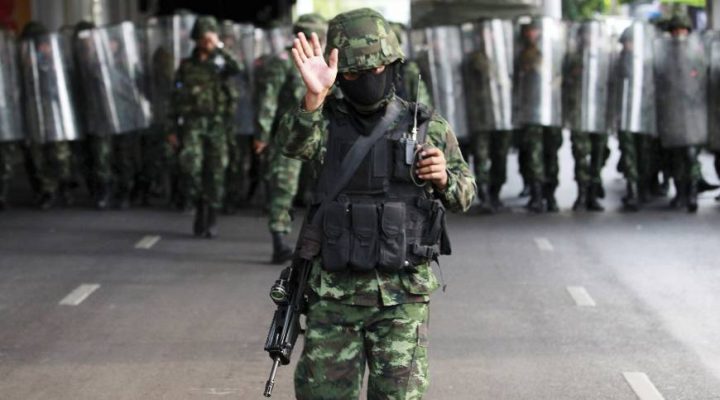 Prayut, the former military chief who staged the 2014 coup, has faced increasing pressure in recent weeks from tens of thousands of protesters demanding he steps down.

The student-led rallies are also calling for a rewrite of the military-scripted constitution and an end to alleged government harassment of political opponents, as well as reform of the once-unassailable monarchy.

“Though the people have the freedom to protest based on the constitution, authorities need to control the illegal protests,” said Prayut, who recalled parliament from recess last week.

“We do not want to see clashes or riots in the country,” he said, accusing some protesters of “inappropriate actions”.

While Prayut acknowledged the protesters’ demands in his opening speech, the two-day parliamentary session has not listed them on its agenda.

However, included on the list of talking points is an incident this month when protesters flashed three-finger salutes — a symbol of their movement — at Queen Suthida’s motorcade.

Such an overt challenge is unprecedented in Thailand, where the royal family is protected under harsh anti-defamation laws and criticism of them is taboo.

“I call for General Prayut to resign as premier, which would be a solution to solve all problems,” he added.