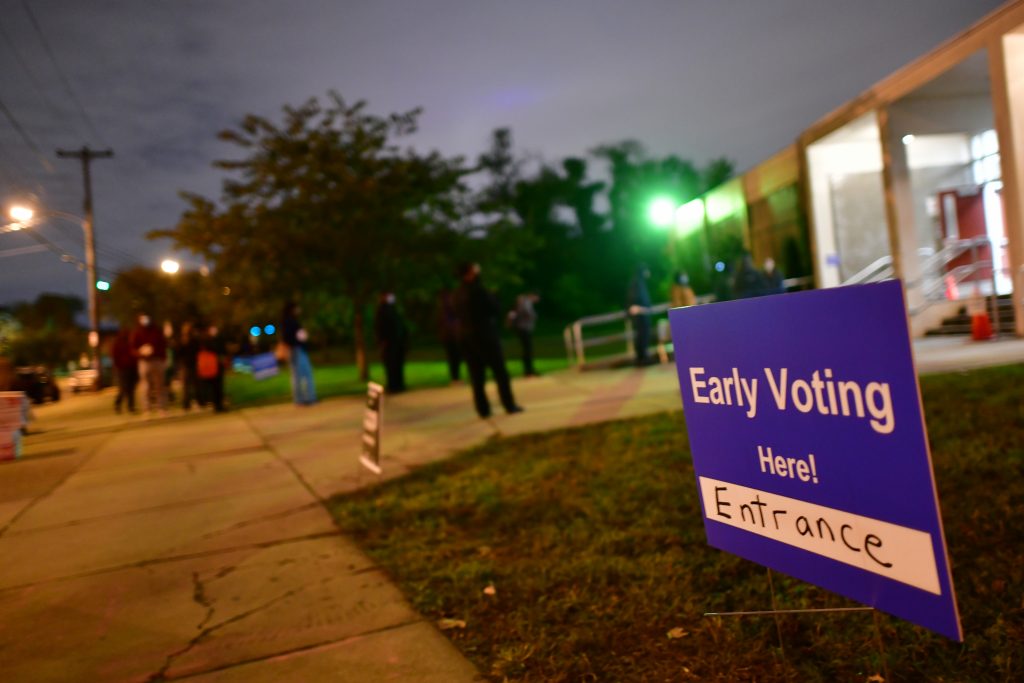 Early votes in the 2020 U.S. presidential election hit 69.6 million on Tuesday, according to the United States Election Project.

This represents more than half of the total 137 million ballots cast in the 2016 presidential election.

The data came in the “2020 General Election Early Vote Statistics” published on the website of the body, which serves as an information source for the country’s electoral system.

Many early voters interviewed by the News Agency of Nigeria (NAN) on Tuesday said the coronavirus pandemic informed their decision to vote ahead.

Others cited the “chaos and long wait” on queues on Election Day as the reasons for their decision.

A breakdown of the early vote figure shows that 46.5 million ballots were cast through mail and 23.1 million through in-person voting.

The Director of U.S. Elections Project, Prof. Michael McDonald, described the development as good news, citing initial doubt about election officials’ ability to conduct the election during the pandemic

“There were many concerns about election officials’ ability to conduct an election during a pandemic.

“Not only are people voting, but they are voting over a longer period of time, thereby spreading out the workload of election officials,” McDonald said in a statement.

Of the 26 million mail-in ballots recorded by the U.S. Elections Project, 51.3 per cent came from Democrats, and 25.5 per cent from Republicans.

On the other hand, Republicans led with 41.7 per cent of the 7.4 million in-person votes tracked by the project as against 36.9 per cent by Democrats.

Election Project said no fewer than 30 million requested mail ballots had not been returned, with deadlines for absentee ballots near.

It stated that the pending ballots include over 11 million from registered Democrats.

However, it was quick to note that the data was inconclusive as some states do not differentiate between mail ballots and in-person votes.

Reports say Republicans are hoping to bridge the gap with a strong turnout in person.