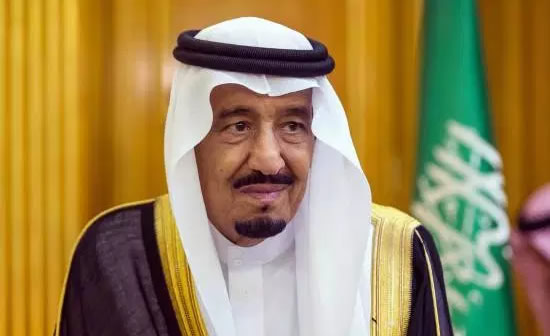 Saudi Arabia’s king and its powerful crown prince Sunday congratulated Joe Biden on winning the US presidential election, state media said, a day after TV networks declared him the victor.

It added that the king stressed their two countries’ “close historical relations, which everyone seeks to strengthen and further develop in all fields”.

Top oil exporter Saudi was the last Gulf country to report congratulating Biden on his win over US President Donald Trump.

The UAE, Bahrain, Kuwait, Oman and Qatar had all congratulated the Democratic candidate on his success by late Saturday night.

Many of Trump’s policies played well in Saudi Arabia and much of the rest of the Gulf, especially his unilateral withdrawal from the 2015 Iran nuclear deal two years ago and subsequent re-imposition of swingeing sanctions on the Islamic republic.

Trump’s warm ties with the Gulf Arab states contrast with those of his predecessor Barack Obama, whose deal-making with Iran appalled Tehran’s arch-rival Riyadh and its neighbours.

Biden served as vice president in the Obama adminstration, and analysts say Saudi Arabia fears a rollback on sanctions imposed against Iran by the Trump administration.

Trump also pushed back against anti-Saudi resolutions in Congress over its controversial involvement in the Yemen war, which has come at the cost of thousands of civilian lives, and the grisly 2018 murder of Saudi journalist Jamal Khashoggi in Saudi’s Istanbul consulate.

The Biden-Harris campaign said on the second anniversary of Khashoggi’s killing this year that their administration “will reassess our relationship with the kingdom, end US support for Saudi Arabia’s war in Yemen, and make sure America does not check its values at the door to sell arms or buy oil”.