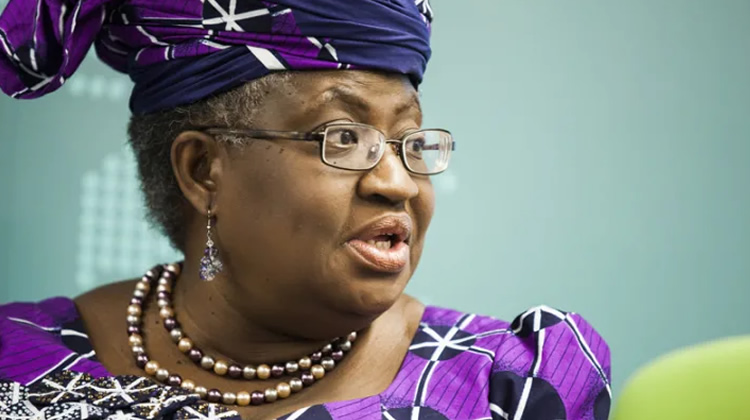 A trade expert, Dr Sand Mba-Kalu, has said that electing Ngozi Okonjo-Iweala as Director-General of World Trade Organisation would address critical pending issues and bring a comprehensive reform in the organisation.

Executive Director, Africa International Trade and Commerce Research, Mba-Kalu, said this in an interview with the News Agency of Nigeria on Sunday in Abuja.

He noted that the emergence of Joe Biden as the 46th President of the United States may work in favour of Okonjo-Iweala.

The US opposed the recommendation by the Nomination Committee of the WTO, for the 164-member countries to appoint former Nigeria’s Finance and Economy Minister as Director-General of the global organisation.

The WTO General Assembly election is scheduled to hold in Geneva on November 9 but has been postponed indefinitely.

He noted that critical among the issues to be addressed was the negotiation concerning Doha Development Agenda.

“The US opposes her selection by almost all the member countries of WTO but there is a strong possibility that the outcome of the U. S. election will favour her emergence as the first female and African D-G of WTO.

“The African group in WTO would want her to address issues regarding the Doha round negotiation on agriculture package.

“In spite of several efforts by the U.S. and other developed countries to undermine the DDA, the African Group stood its ground that it is paramount that the aspect of the negotiation has to be concluded.

“Because it has to do with food security, subsidy on agriculture which distorts trade, employment, et cetera,” he said.

The expert disclosed that the African Group was demanding a special safeguard mechanism for developing countries, adding that it was one thing she must find a way to address.

He added that Okonjo-Iweala would need the political, economic, and diplomatic skills to carry out these reforms.

In Nigeria and Africa, he said Okonjo-Iweala as the DG of WTO should support in strengthening the domestic and continental trade regime.

He further said Nigeria and Africa should not continue to be left out of the multilateral trading system and global value chain.

“We should develop the capacity to add value to raw material from Nigeria and Africa. We should have a seamless trade facilitation regime, by having an effective national single window.

“With her position as the D-G of WTO, there should be tangible benefits for Nigeria and Africa

“Okonjo-Iweala is an outstanding development economist with a track record of carrying out comprehensive reforms at an institutional level and I do not have any doubt in her ability to finally secure the position of the D-G of WTO,” he said.