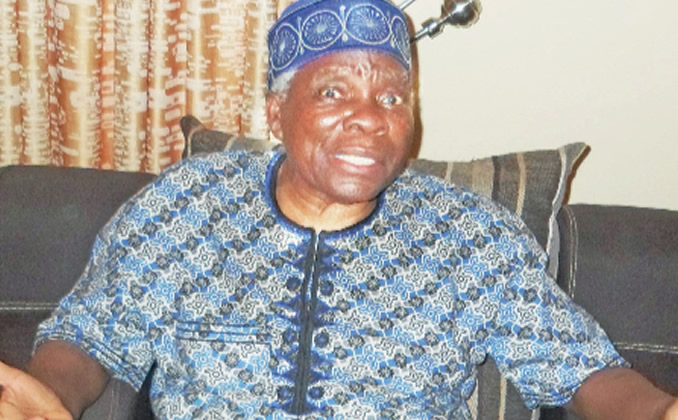 The second meeting of the Assembly of All Yoruba Groups Worldwide in Ibadan, Oyo State, on Thursday, ended in disarray.

The meeting was held at the House of Chiefs, Oyo State Secretariat.

The meeting, which had in attendance many Yoruba groups like the Oodua People’s Congress (Fredrick Faseun’s faction) OPC New Era, Yoruba Youth Socio-Cultural Organisation and other groups from Kwara and Kogi states, was disrupted while the Chief Convener, Victor Taiwo, was addressing the gathering.

Taiwo, who is the author of the book, ‘Nigeria on gunpowder: The climax of misrule’, had circulated his speech but he was heckled by some supporters of Prof. Banji Akintoye, who pre-empted him on the leadership crisis that hit the Yoruba World Congress.

Akintoye had announced the change of name of the YWC to Ilana Omo Oodua on Sunday.

But Taiwo said in speech that he was the initiator of the Yoruba Council of Elders under the leadership of the late Pa Emmanuel Alayande.

He also said Akintoye degenerated from the status of a Yoruba leader to President-General of the YWC and now President of a splinter group, Ilana Omo Oduduwa, without followers, which he pronounced to the world on October 24, 2020.

But while still reading the speech, the representative of Prof. Akintoye, Kunle Adesokan, interrupted him and others joined him.

The meeting became rowdy and some leaders left. Efforts to calm down the agitated persons were abortive.

The Baale Ekotedo, Ibadan, Chief Taiwo Ayorinde, made efforts to calm them down but his attempts failed.

“When I was talking in the morning, I said we did not come here to remove Banji Akintoye. But we heard that he has gone to another group,” he stated.

But Mr Akinola George said nobody could remove Akintoye as Yoruba leader, because those who were elected into that office before him were never removed.

The Publicity Secretary of the OPC, Lawal Kazeem, asked those remaining if they still wanted Akintoye to remain the Yoruba leader by voice vote.

Although not everybody said yes, there was no one who opposed it.

After that, leaders of the various groups affirmed the leadership of Akintoye.

The President, Yoruba Youth Socio-Cultural Association, Mr Olalekan Hammed, also affirmed the support of the group to the leadership of Akintoye.

The meeting ended abruptly without discussing the main purpose of the gathering.